Urban areas generate more than 70% of the world’s carbon emissions, and Latin America is one of the most urbanized areas in the world. 81% of its people live in cities, where growing urban populations, lack of subway systems and high pollution levels combine to create a negative impact on the quality of life in the continent’s largest cities. Five of its countries — Brazil, Chile, Colombia, Mexico and Peru — are among the world’s 100 worst in terms of air pollution levels, while five cities in Latin America are among the 50 most congested in the world: Bogotá, Lima, Mexico City, Rio de Janeiro and Santiago de Chile.

Some of Latin America’s biggest cities are now transitioning towards electrification of public transport and Enel X is on the ground to help them meet the challenge: it has delivered or has won contracts to deliver financing, smart charging, infrastructure and/or energy services to over 2,900 electric buses in Latin America. Here is a look:

Enel X developed an electric bus project for TransMilenio, part of Bogotá’s public transport system. This is Colombia’s first large-scale electric mobility infrastructure contributing to the decarbonization and technological and sustainable development of its capital city Bogotá. E-Buses in Bogotá have allowed the city administration to cut 600 tons of CO₂ emissions annually. Six electro-terminals that can recharge buses in just a few hours have already opened across the city at Fontibón Escritorio, Fontibón Refugio, Fontibón Aeropuerto, Suba Las Mercedes and Usme, serving 878 electric buses with 412 smart chargers. Enel X’s partners include the operating company, Mueve Fontibón, the city’s bus company TransMilenio, and the builders of the buses, BYD (a Chinese company whose initials stand for “Build Your Dreams”).

A step towards decarbonization: the solution for Lima

To meet its goal of reducing the national carbon footprint by 30% by 2030, Peru’s capital city Lima embarked on the electrification of the city’s public transportation system with the introduction of a new 100% electric bus in 2020. The project was developed in collaboration with the Global Sustainable Electricity Partnership (GSEP) and its partners, Enel X and Hydro-Québec. These two companies will be responsible for maintaining the charging infrastructure, which was designed and developed to meet the city’s specific requirements, until 2022. Lima’s first electric bus was 12 meters long, can carry up to 80 passengers and is run by the Allin Group, one of the local operators of Lima’s public transit authority, Protransporte. It serves one of the city’s busiest routes, the so-called “Red Corridor”. Peru is following the best practices already in place in other Latin American countries such as Chile, where the capital Santiago has 435 100% electric buses served by 11 electro terminals. Colombia meanwhile has installed 412 smart chargers in the capital city of Bogotá for use by 878 electric buses.

Santiago’s green revolution in public transport began five years ago, when Enel X, Metbus (a private bus operator working for public transport operator RED) and China’s BYD teamed up to provide a zero-emissions, sustainable transport choice. Since then, over 1,500 electric buses are now running on the city’s streets, reducing CO₂ emissions by a total of 161,000 tons.

Enel X is committed to driving the energy transition in Latin America and around the world, offering its clients an electric mobility ecosystem with cutting-edge products and services. For example, among its innovative offers in the Latin American region is Bus-as-a-Service, an end-to-end model in which we deliver a combination of solutions ranging from financing for electric buses fleets to smart city services to intelligent charging solutions for e-Buses and electro-terminals. All Enel X projects are grounded on principles of sustainability and circularity: in addition to recharging solutions, the company also offers its clients the possibility of acquiring green energy certificates to demonstrate that their electric vehicles are powered by electricity from renewable sources.

FIND OUT MORE
All Enel X projects are grounded on principles of sustainability and circularity: in addition to recharging solutions, the company also offers its clients the possibility of acquiring green energy certificates to demonstrate that their electric vehicles are powered by electricity from renewable sources.
e-City Solutions Innovation Electrification

Empowering the smart city revolution, for people and the environment

Public Transport: the solution for Bogotá

Public Transport: the solution for Bogotá 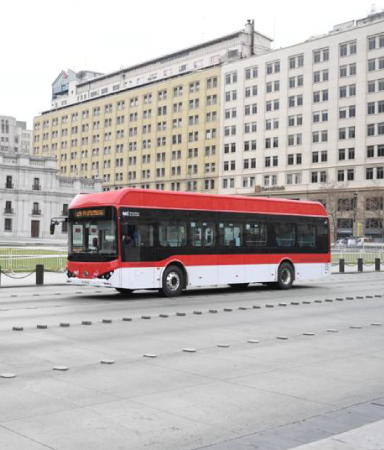 Electric buses, the green revolution on the streets of Santiago

Electric buses, the green revolution on the streets of Santiago

Over the past five years, Enel X and Metbus in Santiago de Chile have built up a fleet of more than 1,500 electric buses 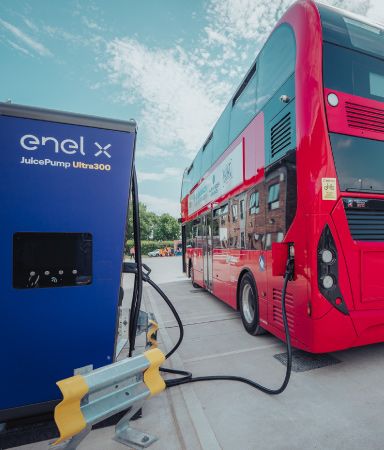 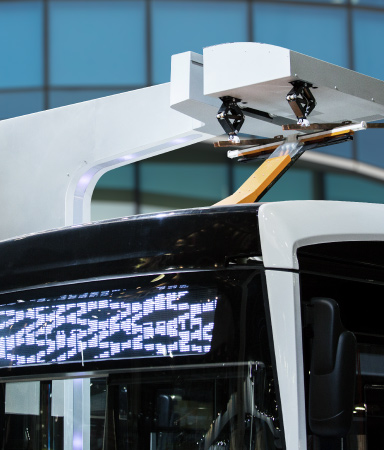 An exciting partnership for the future of public transport

An exciting partnership for the future of public transport 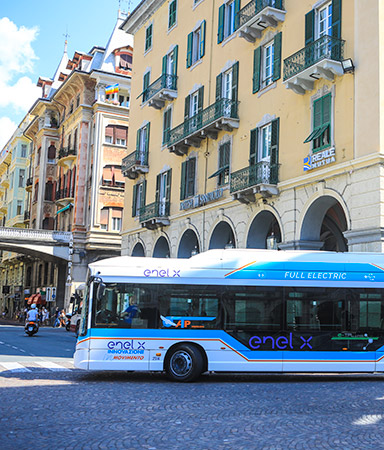 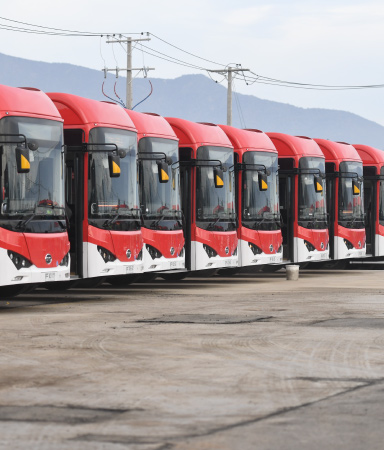 On 15th July, the sixth edition of the New Delhi flagship annual event will take place at the India Habitat Centre