Official Partner to a Thrilling Event

The racing version of the city car par excellence crossed the starting line with Enel X, the official event partner and supplier of its new generation charging infrastructure. The blistering e-cup spanned nine races held between Piazza Gae Aulenti, CityLife, Expo, Velodromo Vigorelli and the Arese circuit. There was one important new addition to the format, however: this was also the first time that the drivers were flanked by co-drivers. Following the enormous success of the previous round in Misano, the excitement about the second round was palpable. On the starting grid, the competition-homologated green smart cars definitely thrilled the public at the Milano Rally Show against the backdrop of some of the city’s most iconic locations.

This was a new challenge for Enel X, which supplied latest-generation charging columns for the race-ready Smart cars and developed the technology required for the electric two-seater that compete in the first all-electric single-make championship. The charging facilities also ensured full charges for the 18 Mercedes in the competition in just 3 hours and 15 minutes, revolutionizing the whole motor racing paradigm as a result.

First across the finish line were the LPD drivers Giuseppe Bodega and Marco Panzavuota who stopped the clock in 47’42.4, putting them two seconds ahead of their nearest rivals. Champion Rachele Somaschini took the honors in the Women’s class and thus climbed to fourth position in the overall standings. The Junior class of the Smart EQ Championship was won by Silvia Simoni (Merfina), the only underage driver on the track after Gian Alberto Coldani went out in the first special race of the weekend.
The top spot in the Senior class went to Alberto Lembo. The 16 fortwo e-cars were officially unveiled to the public last June during the Parco Valentino Grand Prix in Turin but 18 were fielded for the Milan event.  The opening round of the Smart EQ fortwo e-cup on June 23 was held at the Misano World Circuit Marco Simoncelli, delivering a spectacular adrenaline-fueled display of prowess complete with plenty of breathtaking overtaking moves.

The Milano Rally Show got underway with a parade in the early afternoon of Saturday, July 28, from Arexpo to the Lombardy Regional administration headquarters before continuing on to the wonderfully atmospheric Piazza Gae Aulenti. Prior to the official start of the competition, the zero impact Smart cars drove through the center of the city, past iconic locations such as Porta Venezia, the Duomo and Piazza della Scala.
In all the drivers raced 173.55 kms and amongst their number was Rachele Somaschini, who has suffered from cystic fibrosis all her life.  The Milanese driver made her racing debut in 2014 in the Coppa Intereuropa at Monza and in 2017 was crowned Italian Women’s Hill Climb Champion.

The first development and testing center for our electric mobility technologies

FIND OUT MORE
There were surprises  and excitement aplenty for the competing teams as they delivered a spectacular performance courtesy of the Mercedes e-cars and Enel X’s technological innovation. The finish in the Milanese round was a real heart-stopper, building spectator expectations high for the next outing in the Smart Cup which takes place at the Vallelunga Circuit (Campagnano di Roma) between September 15 and 16, when the electric city cars will be back hugging the curves of the historic  “Piero Taruffi” track. Enel X energy is racing alongside Smart in an electrifying championship “charged” with zero impact thrills.
eMotorsport 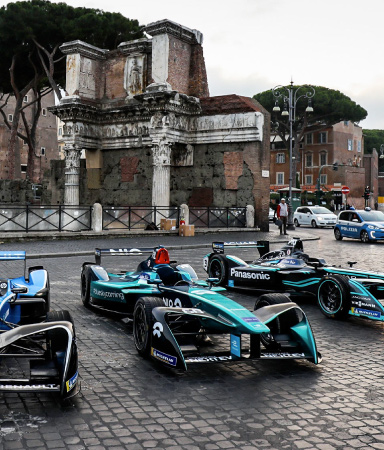 The first Italian E-Prix captivated spectators at the event, on TV and on Twitter.

A new page was written in the history of motor racing: it starts with a capital E for Electricity, Ecology and Enel X 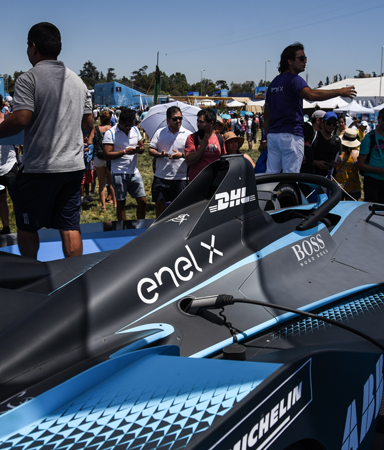 Formula E returns to Chile, this time no pit-stop needed

Formula E returns to Chile, this time no pit-stop needed

Thanks to the JuicePump supercharger and to the new batteries with doubled capacity, the race does not stop – not even once. 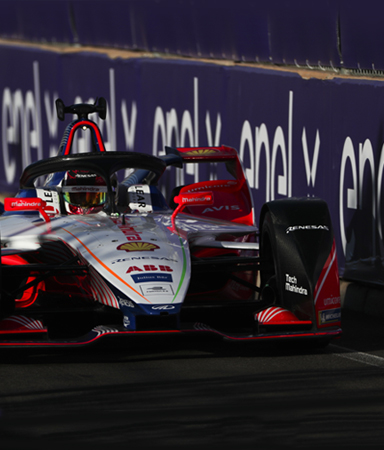 Formula E kicks off 2019 on the streets of Marrakesh

Formula E kicks off 2019 on the streets of Marrakesh