Pollution has become a global plague, and we must find a cure through new solutions.

Can digitalization, innovation and sustainability provide an answer to what the WHO says has caused the death of seven million people worldwide in 2016? When can a city truly be described as green? How else can we assess the virtuous nature of an urban center if not by the quality of the air its citizens breathe? At a time when we’re hearing more and more about smart cities, there is no doubt that mobility is the first factor to take into consideration. The prerequisites to develop a modern smart city that reflects the needs of its citizens and its host planet are commitment, investment, a vision that remains open to change, and the identification of all available opportunities, even in unexplored areas. It is also vital that citizens, institutions and companies be willing to take part in the transition towards more efficient systems and cleaner resources.

Empowering the smart city revolution, for people and the environment

FIND OUT MORE
In May, Brussels was the venue for the European Union’s Green Week, which focused on promoting ecologically sound practices in European cities. The event was an opportunity to examine all the protocols laid down by the EU to help member nations develop and implement policies on air quality, noise pollution, nature and biodiversity, water resources and waste management. The objectives set by member states will support cities in their progress towards a circular economy, laying the foundations for a cleaner future. The previous Green Week saw the presentation of the new Green Cities instrument, a store of information and ideas for sustainable urban planning that cities can use to assess their ecological performance in constant comparison with other urban centers.

We now know that clean air prolongs life expectancy. A study published in Atmospheric Chemistry and Physics magazine showed that the inhabitants of Stockholm, Göteborg and Malmö live a year longer than 25 years ago due to the fact that they now breathe air of a much higher quality. The researchers from Stockholm University’s Department of Environmental Science and Chemistry used the results of the monitoring stations located in each of the three cities to measure nitrogen oxides, ozone and particulates in the atmosphere between 1990 and 2015. In the case of nitrogen oxides, which are mainly generated by internal combustion engines, concentrations dropped noticeably in all three cities, and life expectancy rose by around 4-5 years in the 25-year window examined in the study.

At the Heart of our Culture

The pillars of our commitment to excellence: Health, Safety, Environment and Quality 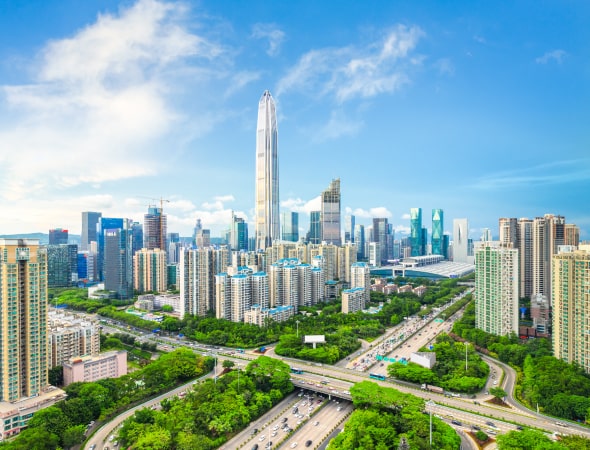 Nowadays more than two thirds of Europeans live in cities, where most of the environmental challenges facing our society are concentrated. Accordingly, in the past decade the European Commission established the European Green Capital and the European Green Leaf  awards for capitals and small towns with 20,000-100,000 inhabitants, respectively, that implement environmentally sound practices. These range from plans to become zero carbon dioxide emission cities to sustainable urban planning.

Lisbon is the current Green Capital of Europe after being awarded the title by EU Environment Commissioner Karmenu Vella. The Commission also granted the city a financial incentive of 350,000 euros. Lisbon set out on its journey towards green policies during a period of crisis, and has thus shown how sustainability and economic growth can go hand-in-hand, providing a model for many other European cities to follow. The group of experts highlighted how Lisbon, the 11th city to be awarded Green Capital status, has been able to leverage its increasing emphasis on sustainability to generate progress in urban mobility, green growth, eco-innovation, adapting to climate change and waste management.
In the context of sustainable transportation, a crucial element for cities worldwide at a time when the shift to electric motors is an urgent necessity, Lisbon became the first European capital to sign the “New Covenant of Mayors for Climate Change and Energy” in 2016 after cutting its  C02 emissions by 50% between 2002 and 2014.The Green Capital 2020 has a clear, well-defined vision for sustainable urban mobility. In 2017 Lisbon launched an e-bike sharing service to encourage cycling in the city’s outer areas. The Portuguese capital also boasts one of the world’s most extensive e-vehicle charging point networks, with e-vehicles comprising 39% of its municipal fleet.

This is the context for the Enel Group’s investment policy promoting sustainable mobility. In particular, Enel X’s e-Mobility Investment Plan is part of an ongoing commitment to install a comprehensive charging station network throughout Italy. There will be 14,000 charging stations across the country by 2020, and 28,000 by 2022. E-mobility supported and enabled by Enel X is already operational in North America, Spain and Romania, but it will soon be appearing in other countries.The future of Europe’s cities is green, and is based on e-mobility.

Leading the global transformation in the way you move

Enel X makes it to the Navigant research podium

Enel X makes it to the Navigant research podium